Are you coming to Camp Echo?

Posted by Emily Macke at 6:50 AM No comments: Links to this post

I've really enjoyed the new "I Believe in Love" initiative begun by young adults who wish to discuss love, fidelity, sacrifice, marriage and relationships. An article by Carolyn that appeared today gave a great insight into what is better -- and more lasting -- than butterflies in one's stomach at the start of a relationship.

Jonathan was handsome, well liked, smart, funny, and serious about his faith. But I was having doubts about this relationship. I couldn’t remember why I had started to date this guy in the first place. I knew a lot about him, because we spent all of our time talking, but I didn’t know much about what it was like to simply be with him, in person. Where were all of those giddy feelings of lovesickness that I was supposed to be having? I was entitled to those feelings, right?

But those were my fears three years ago. Today, I’m getting ready to marry that guy I started dating over Skype. Did I reclaim the butterflies? No, not permanently, but I discovered something even better than that.


Find out what happened and what Carolyn learned here.
Posted by Emily Macke at 10:36 AM No comments: Links to this post

Do you want to be a sister?

Posted by Emily Macke at 6:23 PM No comments: Links to this post

Email ThisBlogThis!Share to TwitterShare to FacebookShare to Pinterest
Labels: vocations

A month of movies

How can couples be prepared for marriage, learning relationship skills to assist them in remaining faithful for life?  One research team from the University of Rochester found a creative option.  Newlyweds who watched a movie once a week for a month that focused on an intimate relationship, and then discussed the film couple for about 45 minutes were less than half as likely to divorce.

I don't remember ever hearing about such a visit, but the Catholic Telegraph provides a few details in an article here.  When I was confirmed on Divine Mercy Sunday at St. Peter in Chains Cathedral many years ago, I had no idea that St. John Paul II had been there!
Posted by Emily Macke at 2:00 PM No comments: Links to this post

The Year of Five Popes

Divine Mercy Sunday this year has been called the "Day of Four Popes" since Pope Francis, with Pope Emeritus Benedict XVI present, canonized Pope John Paul II and Pope John XXIII. But now, we can begin calling it the "Year of Five Popes."  Pope Paul VI will be beatified this year, likely in October.

That's going to be a beautiful moment!  Here was a man whose last encyclical was written 10 years before his death.  It was "Humanae Vitae."  The persecution and defiance and anger directed toward him after it was written must have been deflating.  The theologians he trusted to examine the issue of whether or not the birth control Pill is contraceptive turned their backs on him, leaked their opinion to the press, and wrote their own version of papal teaching without the pope.

Everything Pope Paul  VI predicted would occur with widespread contraceptive use has happened, in ways and scope greater than was probably imagined.

But his beatification is not meant to be a "he told us so" kind of a moment.  Rather, it will be a celebration of a man who gave his life to defending the Church.  He was a "white martyr," a man who loved greatly and who put the Church, his spouse, before himself.  There is certainly much we can learn from him today.
Posted by Emily Macke at 4:40 PM No comments: Links to this post

What are we missing?

Posted by Emily Macke at 1:02 PM No comments: Links to this post

Email ThisBlogThis!Share to TwitterShare to FacebookShare to Pinterest
Labels: technology

Gelato!  Yes, JPII particularly enjoyed ice cream.  Read all about how he filled his ice cream cravings in this Aleteia article.
Posted by Emily Macke at 9:35 AM No comments: Links to this post 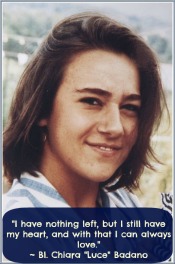 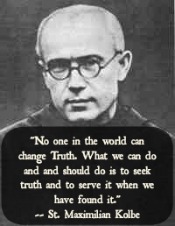